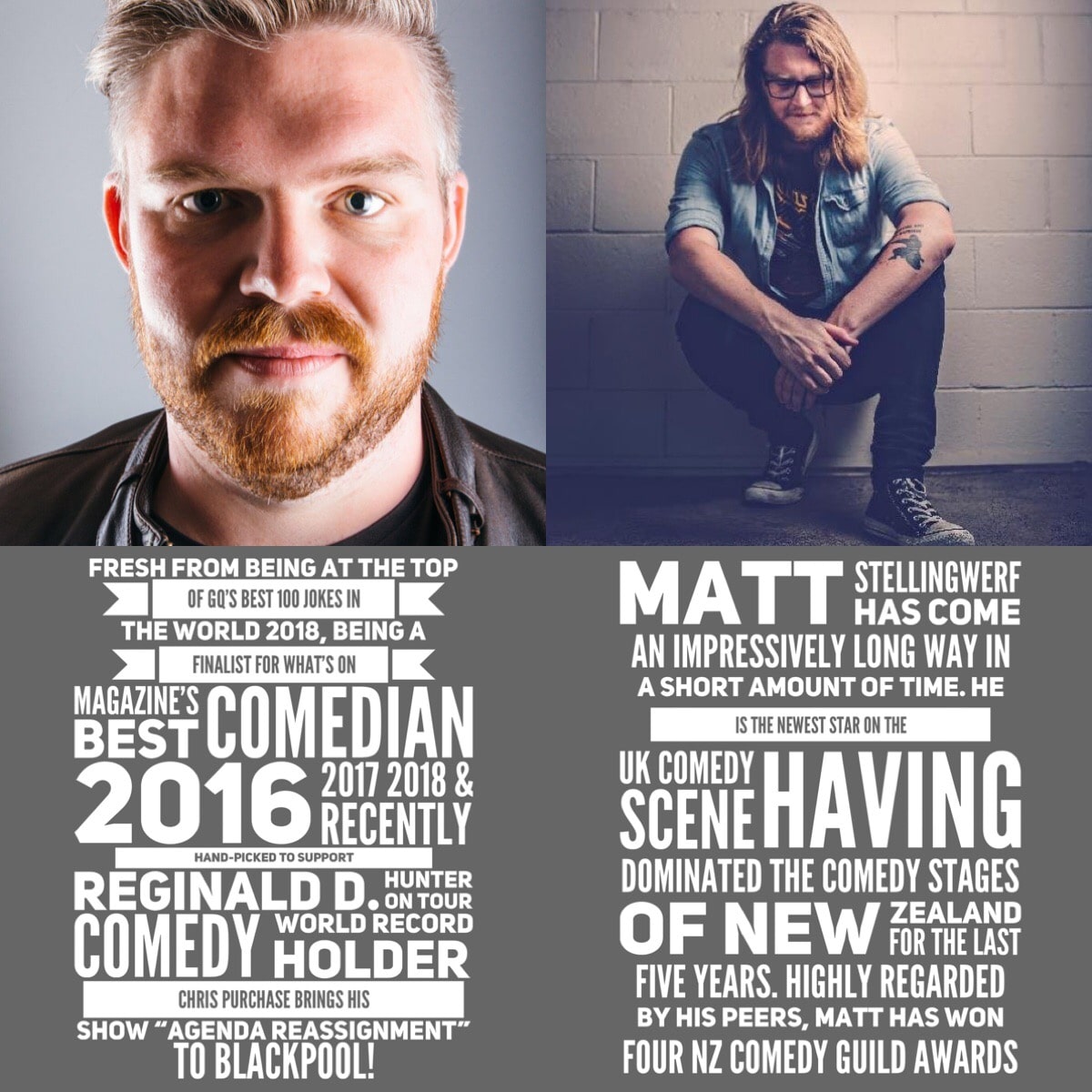 Two Edinburgh Festival shows, for just £5!   CHRIS PURCHASE – Agenda Reassignment   Top of GQ’s Best 100 jokes and fresh from being nominated for What’s On magazine’s Best Comedian 2016, 2017 and 2018  Chris is currently taking the comedy scene by storm with his mix of light hearted anecdotes and cultural satire. The world is burning so let’s roast some marshmallows.   “Had the crowd roaring, lapped it up . Full of energy, loud, charismatic. Lovely.” – The Stand   “Charismatic and entertaining” – Comedy Central   “Gags were carefully woven together with satire so that you were hanging off his every word” Northwestern.co.uk   MATT STELLINGWERF – Has come an impressively long way in a short amount of time. He is the newest star on the UK comedy scene, having dominated the comedy stages of New Zealand for the last five years. Highly regarded by his peers, Matt has won four New Zealand Comedy Guild Awards, including Best Newcomer, and been nominated for the much coveted Billy T Award, as well as several others.