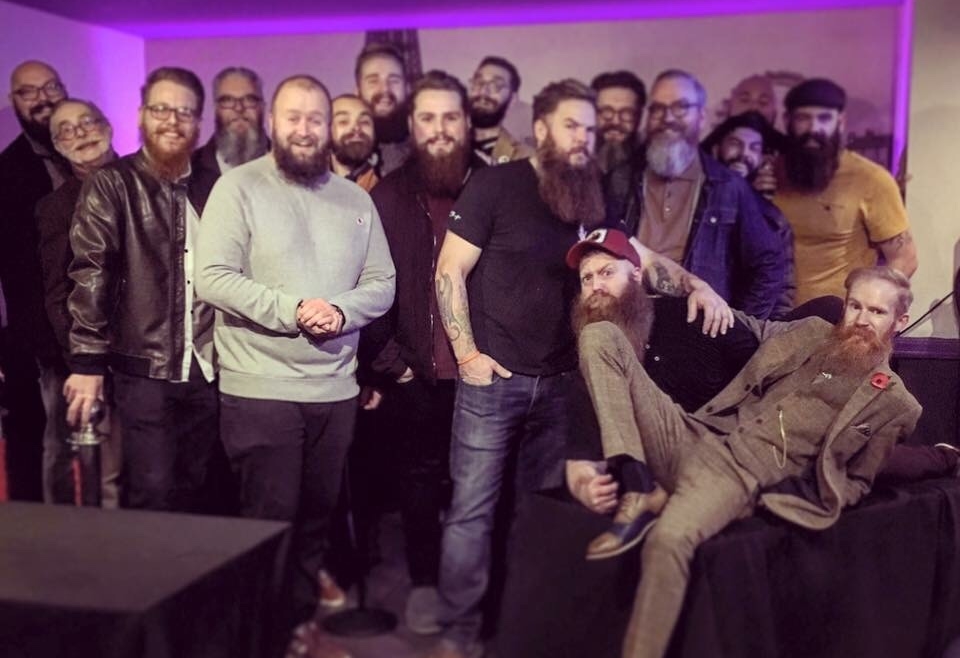 We’ve got no show this week, so we can spend Saturday night, watching Strictly Come Dancing, The X Factor, I’m a Celebrity, Get Me Out of Here!, and lots and lots of YouTube videos of cats tripping people up

Just so you don’t miss us too much, here’s a picture of last week’s show, where we were visited by the members of the Sandgrown Beardsmen, with headline act Freddy Quinne and resident compere, Ryan Gleeson.

More than just a group of hairy men, the delightfully follicled fellows of the Sandgrown Beardsmen are working hard to improve both Blackpool’s townsfolk and reputation.

They recently beat competition from beard clubs around the country, to host the British Beard & Moustache Championships at the World famous Winter Gardens.

Wanting to show off all that’s great about Blackpool, they carefully selected all entertainment, products and props from the local area and picking the very best host they could, settling for our very own compere, Ryan Gleeson, to host the event.

Competing in front of a crowd of over 600, were 212 competitors, from 12 counties, setting their sights on a variety of awards from as Best Moustache, to Best Beard, over 12″.

Not only were the bearded boys showered with praise from the World’s most established facial hair authorities for their success in putting on what is being hailed the best national competition, Britain has ever had, but also raised over £2,500 for local homeless charity Streetlife.

Spurred on from their success, the chaps are now aiming for much bigger and better things and have started putting together their bid to host the World Beard & Moustache Championships in 2020.

Best of luck chaps, a pleasure to perform for you all and we look forward to seeing you back at the Comedy Station Comedy Club again soon!