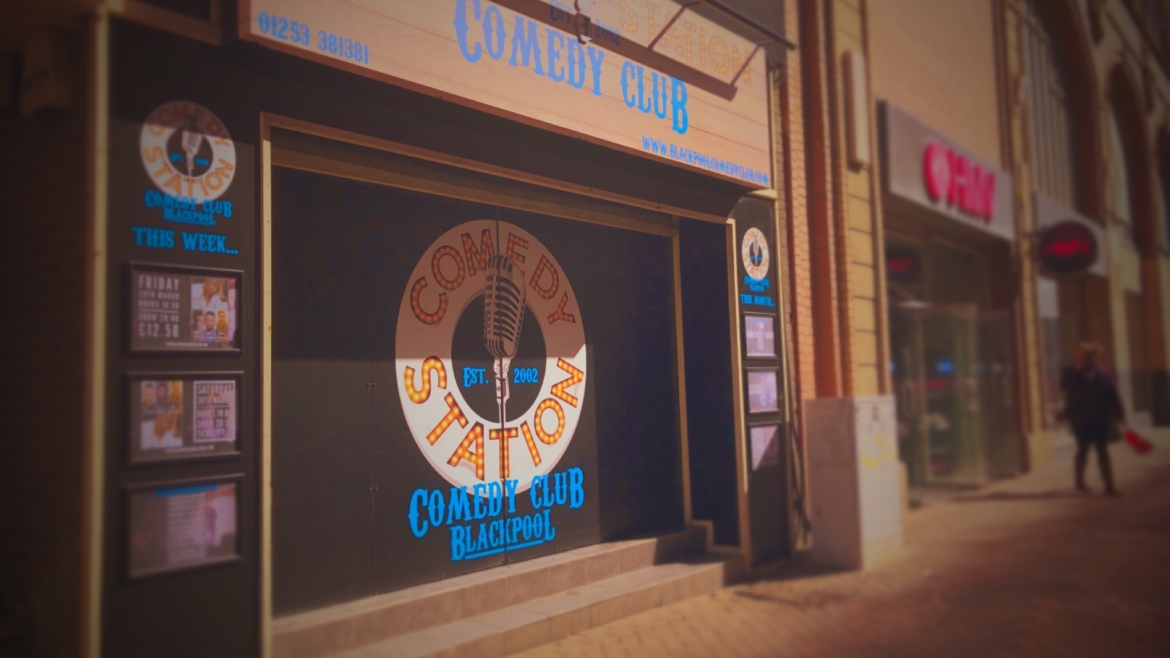 Where it all began…

Michael Sands and Ryan Gleeson, two 21 year old amateur comedians had an idea one day, following a performance of Ryan’s at the legendary Buzz Club, in Manchester.

That idea was to bring stand-up comedy to Blackpool.

There wasn’t anywhere local for them to perform and neither of them had a car back then, so started looking for places that had the right atmosphere and room size, so that they could bring comedy to them.

They found one, above local popular restaurant West Coast Rock Cafe, which is right in the centre of Blackpool, opposite the Winter Gardens, and is frequented by all of the big stars performing there.

On 1st April 2002, the Comedy Station Comedy Club opened its doors for the very first time.

Robin Duke, the Entertainment Editor for the local paper had been writing for a few months about the lack of a live, stand up comedy venue in Blackpool, so he got right behind them and helped, with giving the pair full page articles in the lead up to their monthly shows.

To where we are now

From those early days, where audiences were often outnumbered by the comedians, to today, we’ve gone from strength to strength, and now we sit in our birthday present to ourselves: Blackpool’s first ever (and Lancashire’s only) purpose built, dedicated comedy venue.

We couldn’t be more proud of where we are, right opposite Blackpool Tower, in what used to be an eyesore of a neglected, abandoned nightclub.

Over the last three weeks, we’ve had acts from the U.S.A, New Zealand, and even one from Poulton-le-Fylde! Acts who’ve appeared on legendary T.V. shows, such as The Late Show, with David Letterman, The Tonight Show, with Johnnie Carson, P. Diddy’s Bad Boys of Comedy, Britain’s Got Talent, Russell Howard’s Good News and more.

We’re so proud of our new venue, giving locals a different reason to come into town and as if the comedy wasn’t enough for locals to come along, we’ve already given away 100 free tickets to those lucky enough to live within an FY, or PR postcode.

So, if you want to come along and see what all of the fuss is about, have a look on our website

If you don’t fancy subscribing, you can always like our Facebook page, where we’ll be keeping everyone up to speed with all of the goings on, here, at Blackpool’s funniest night out.

We’ve got shows every Friday and Saturday and later in the year, we’ll be adding more shows to our calendar too!